52 Ancestors in 52 Weeks topic this week is Random Fact. 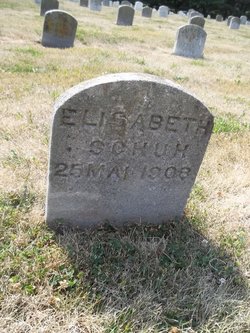 While I was researching a great-great uncle, John C. Reinhardt, I found an article in the Sabetha Herald about John’s recollection of his childhood in the Amana Colonies in Iowa.[1]  I found this interesting since he is my great grandmother’s brother and our common ancestor is his father (my great-great grandfather).  In the article John mentions that his great-aunt was a school teacher for more than half a century.  She weighed 225 pounds and was 6 feet 2 inches (random fact). The name of the great aunt was not mentioned in the article.  I figured this was my great-great-grandfather’s connection to Amana, and this is one of the reasons he probably chose to go there upon arriving in the US.  I had corresponded with the Amana Heritage Society previously when needing information on my great-great-grandfather.  I wrote to them once again and they were able to provide with information about the aunt.

Here is their answer to my inquiry.

“We took some time to peruse the Inspirations=Historie, The Anderson Cards, the Koch Verzeichnis, and another resource and came up with the following information:

The Aunt was Elizabetha Schuh born in Nussloch near Heidelberg, Baden, 26 May 1831.  She came to Ebenezer Society in September 1847, then to Amana in October 1863.  Died in Amana 25 May 1908.  Our Internal records of Amana Society indicate that she came with the Bortz family with the intention of going to live at Galion, OH.  I make the assumption, that because they were all from the Heidelberg area, and that’s where the Rappites had their stronghold before founding the communal society at Zoar, they were familiar with both us and them.  The Bortz Family another outside source claims that her parents did not approve of her relationship with a certain boy so they shipped her to America.  We cannot corroborate this fact, but she did come with another family and not hers.

To her physical size, the Inspirations=historie call her a ‘person of size and strength’ so her exact measurements are not documented.  The histories do not give her occupation in Ebenezer or Amana.  All communal-era teachers were men.  The excepton was the knitting school was usually taught by women.  So this could have been her job.  As I mentioned, her occupation is not documented.”

I was able to find her on the 1870 United States Federal Census[3] and the 1885 Iowa Census[4] and on both census records her occupation is listed as housekeeper not a teacher.  I also found her the ship passenger list.  She departed from Le Harve, France and arrived at the Port of New York on 9 September 1847 on the ship Harve.[5] Above her name on the passenger list are the names of the Bortz Family, Adam (57), Margaret (47), Catherine (22), Susanna (19), Elizabeth (17), Philippina (12).[6]  It is interesting that they have a daughter named Elizabeth about the same age as Elizabeth Schuh.  I also noticed the names Susanna and Philippina are also names used in the Schuh family.  Now I wonder what the Bortz family connection is to the Schuh’s, or were they just friends.? This is why genealogy never ends.   I also found her grave on find-a-grave (see above). [7]

I now have all these questions.  How did Elizabeth feel about being sent away to a new country without her family at just 16 years old?  Did she see her family of origin ever again?  What was so awful about the boy she was seeing that she needed to be sent so far away?

Elizabeth never married and I wonder if she had a happy life.